OPEN LETTER: WE WANT TRANSPARENCY OF THE WORK OF THE PARLIAMENTARY COMMITTEES ON JUSTICE LAWS 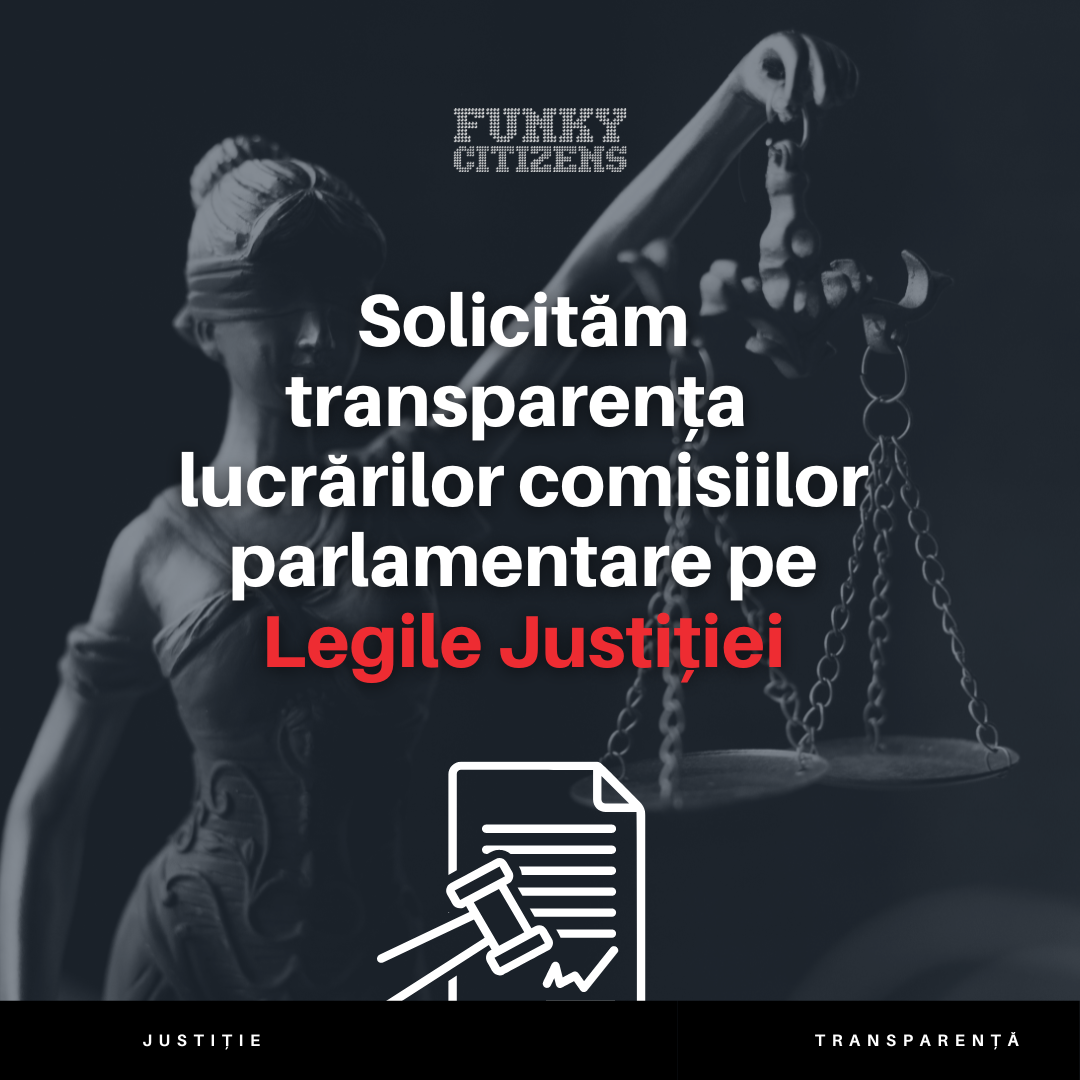 The Justice laws have been much debated in recent years, have brought hundreds of thousands of people to the streets and made us more attentive and rigorous in following their legislative course. Today, the package of Justice Laws has passed the Government and is heading to Parliament. Therefore, we ask the presidents of the two parliamentary chambers, Marcel Ciolacu - President of the Chamber of Deputies and Alina Gorghiu - Vice-President with powers of President of the Romanian Senate, that the works of the parliamentary committees be public, transparent and open to the participation of interested actors in the field.

We believe that an independent judiciary is fundamental in a functioning democratic society and we ask the two Speakers of the Chambers to consider the demands of civil society related to the parliamentary legislative process of the Justice Acts.

Considering also the statements in the public space regarding the establishment of a special Commission for their debate in Parliament,

And taking into account the importance of these laws for the judicial system, but also for civil society, we request that the work of this commission, or of the legal commissions in the case of the option for a special commission, be public, transparent and open to the participation of interested actors in the field. This could be ensured by:

We hope that the experience of these new debates on the best way to fix the laws of justice so that Romania meets its objectives under the Cooperation and Verification Mechanism will be one that will contribute to the consolidation of a real political commitment in this direction.