Read it in PDF format

2020 was the eight year in the history of our organisation and we can surmise it in a single word: adaptation. The collective trauma brought by the pandemic hit us as well but we fortunately managed to adapt to this new environment where face-to-face meetings were replaced with weekly Zoom calls and where our only group photo is a collage of our laptops. Even if our get-togethers at Colivia have thinned through physical distancing, we haven’t distanced ourselves from civically fit citizens and have continued to implement new projects , further the old ones and ​bring them to a wider audience.​.

The global crisis meant we’ve often been on standby to push authorities for better handling of the crisis and for more transparency. We’ve even put together projects and made steps towards this end. Perhaps our greatest joy is however that ongoing projects such as Factual and Buletin de București are slowly gaining their own autonomy.

The team has also suffered changes. We were sorry when teammate Anabella decided to part ways with us but are happy to say that Radu has actively come back after his paternal leave. You can read more below about the projects we’ve put together this year and how we spent these uncertain times.

If you like what you see, don’t forget ou can help us with a recurring donation​.

Bucharest Bulletinthe editorial project we launched in 2019, has consistently grown and diversified its activity:

We've launched the „De Gardă”mobile app, a safe tool through which whistleblowers in the field of Health can safely and anonymously report issues from Romanian hospitals. The information is sent to us and is either used in our long term advocacy strategy or sent to partnering journalists to investigate.

Available for Android and iPhone the app was made possible through financial support from the European Journalism Fund and the Black Sea Trust for Regional Cooperation. The latter was offered for a project where we demanded transparency in times of crisis through a joint action with journalists and activists from Romania and Moldova. Through this project, we promoted ​decisional transparency during the states of emergency and alert, helped journalists create investigations and made available open data for how 543 health institutions spent public funds .

Factual is still the place where we fact-check what politicians say. Starting from special fact-checking workshopwe launched a Fake News Bulletinan interactive weekly show. With the help of the Netherlands Embassy in Romania, we made 25 weekly shows where we invited experts to debunk fake news and help the public gain immunity against the infodemic. To combat confusion during the pandemic, we also put together an interactive map that shows travel restrictions​ in European countries. This was done with the help of Quickdata and the priceless work of our volunteers.

Sadly, the pandemic forced us to temporarily shut the doors on 80eastour communist apartment. We haven’t given up on providing civic education through the acknowledgement of our recent history, especially since others believe in this, ​proof being the award we received during the Civic Society Galla. Or the financing we received from the National Administration of the Cultural Fund for an 80east caravan. Our hope was to bring guided tours, communist-themed mini-exhibitions and free discussions to 10 major cities. Despite this, nation-wide restrictions forced us to somehow bring the whole experience online. We did this through virtual tours and before & after photos showing the recent history of 17 Romanian cities, new oral histories of those who lived in communism and a series of online talks where we brought together those born before and after 1989. We thank the numerous young people who helped us with the www.muzeulcomunismului.rowebsite. Even so, with the restrictions imposed during the pandemic, we managed to organise a few physically-distanced small events: we organised guided tours showing the communist history of Bucharest alongside Asociația București and we remembered those who died in the Revolution through Infografia Inocențeian installation that made an impact, put together by artist Răzvan Pascu.

Countering Corruption in Maternity Care, our project in partnership in K-Monitor from Hungary aimed at investigating corruption in Romanian and Hungarian maternities, has concluded with the launch of theAtenție la nașterewebsite where recent mothers can tell us more about their experience giving birth in maternities. We pay special attention to informal payments made towards medical staff and have extracted some useful statistics after the first 2700 reports​. The website also has useful information about what rights future parents are entitled to as well as a series of proposals made together with Dentons Romania so that pregnant women in Romania can enjoy a privileged status regarding the medical care they have access to.

This year we launched a new project aimed at researching ​better collaboration between NGOs and local authorities. Officially titled „Local Level Collaboration to Support Civil Society Around Transparency and Participation in CEE”, the project is made thanks to funding from the National Endowment for Democracy and in partnership with ePaństwo (Poland) and K-Monitor (Hungary). The collaboration from within these 3 countries have been the subject of a r​ esearch paper with the aim of better understanding existing cases​ where NGOs, community foundations and local administrations worked together. Based on the findings, we worked with experts and other organisations to write guides for ​budget transparency,​, public procurement transparency​ and (soon to come) transparency in participative budgeting.

We kept on defending democracy during the pandemic, by training independent observers for the two rounds of elections in 2020, with the help of partners from Alba Iulia and Iași. We’re also glad that our observer recruitment campaign for the presidential elections of 2019 ,Vot nu Troc" was awarded by both Webstock, and the Effie Romania awards (thanks, Lubis!). This year we brought together all the useful election-related content on a dedicated platform,civically.fit​, where people can access a toolkit designed for citizens and observers, can read more about experiencesof past observers and can be updated on how things are going on with the electoral process.

Moreover, we filed a p​ublic request for digitization by the designated entity (AEP), explaining how the existing legal framework allows for digitally signed observer badges and requesting (to no end) that the vote be organised over the course of three days. In our quest for more representation in local elections, we researched how citizens can request and receive a transitory visatogether with our friends over at Declic. We also requested that people are allowed a longer period of time to apply for said visa. Seeing how we strive for more informed voters, we made more analyses that could aid in this regard:

All materials and documents are available in this ​recommendation report.​

Last but not least, we supported the team over at Buletin de Bucureşti to organise ​online debates​ with the main candidates from Bucharest and Ilfov and three face-to-face debates with political representatives​ on three major campaign issues: pollution, education and healthcare.

Since the beginning of the pandemic, we requested authorities be more transparent in regards to how the population is tested for COVID-19​ and we endorsed using E​ U solidarity and resources.​We helped our friends from Modulab research lab to fund MUV Steriliser, their autonomous robot that sterilizes hospital hallways and quarters.

We issued in-depth analyses on what the state of emergency entails and ​what rights can be restricted during this time and, in our own right, we have declared a s​ tate of decencyWe were more than happy to join other CSOs in a common quest for rights during the pandemic: ​ the right to receive correct information via complete and correct datasets, p​rotection of whistleblowers​ and of human rights during crisis.

Seeing how the state of emergency also meant m​ ore lax public procurement provisions​​, we did what we had to do and issued recommendations on how to maintain transparency and integrity with public spendings​. When the state of emergency came to an end, we looked back and analyzed​ ​ how 584 public authorities in Bucharest and Ilfov spent their budgets . Candidates for the 2020 local elections received from us the Rulebook of the Responsible Mayor.​

Unrelated to the pandemic, we went on to explain complicated issues such as the government assuming responsibility towards parliamentand have contributed both to the Open Budget Partnershipstudy as well as the Rule of Law Reportthe first of its kind made by the European Commision. We expressed points of view regarding the shameful dismissal of the 10th of August file​ and d​efended the freedom of information law when MPs said it favours „various people and Facebook trolls”. Recently, we’ve teamed up with other organisations to ​support a productive collaboration with the City Hall of Bucharest.​Lastly, but surely not the last advocacy endeavour, we wrote to the Ministry of European Funds towards ​withdrawing the National Recovery and Resilience Plan and the resuming of consultations with civic society.

We gladly reply to press requests, regardless of it being local, national or international. You may have read about our projects (that also appeared in foreign publicationsor about our openness to collaborate with authoritiesA worthwhile example is the article featured in Poynter about the „patient zero” discovered by journalists from Buletin de București. We’re also proud of Alis and Laura who have each published a series of articles in VICE Romania about civic educationand the local authorities of the Capital.

If you want to help us do our jobs a bit easier and make tomorrow just that bit less stressful for us, you can do it below.

If you want to see the summary of our previous years:

In spring, we will publish our annual financial report. This must be submitted to authorities within 120 day from the end of the fiscal year so you will find it here exactly as submitted. 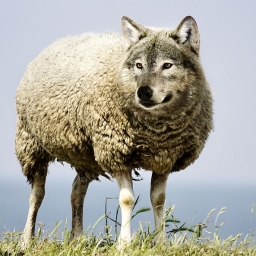 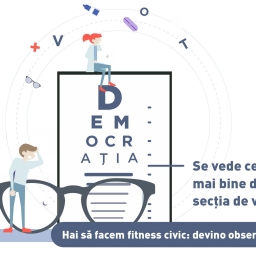 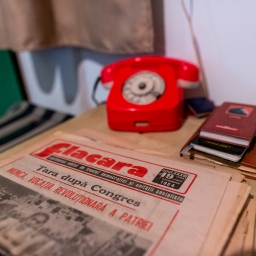 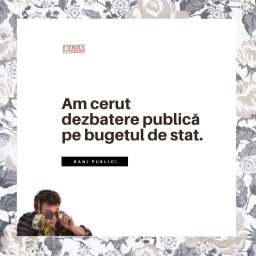 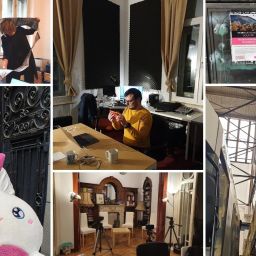 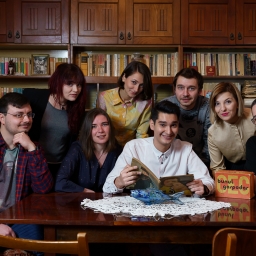 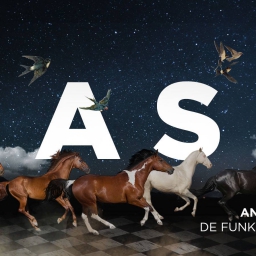